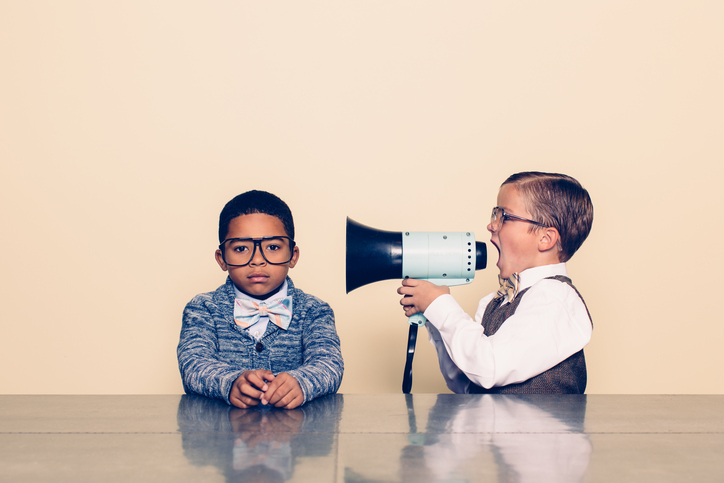 MYTH #4: I must be the loudest in the room

TRUTH: You don’t have to be loud (but do have an opinion)

Some people think that you have to be LOUD to be a successful leader.

Some of the most successful leaders in the world are naturally quiet people.

Become that manager that everyone wants to work for >>

But surely you need charisma to make a great manager?

Nope. You just need to know how to treat people fairly and set them up to be happy and successful. Just make sure you say something!

The loudest people can make the WORST managers

Especially those that yell or shout. Shouting or yelling usually says more about the manager…

It makes people feel stupid and small. It can stop people speaking up. It WILL stop you bringing people together and feeling great.

Great managers have no need to be loud

There are some wonderful managers that are like this, but you don’t HAVE to be.

Spend the next week trying to SPEAK UP a little more. Every time there’s a discussion  try to make sure you contribute an opinion at every possible point – but you don’t have to speak over people!

Spend the next week consciously trying to LISTEN MORE than you talk. Every time someone says something, listen intently to every word they are saying, and wait until they have finished speaking before you even THINK about what to say back.

At the end of the week ask your team if they saw a difference. It might surprise you!